Catching them young to channel logical thinking and creativity 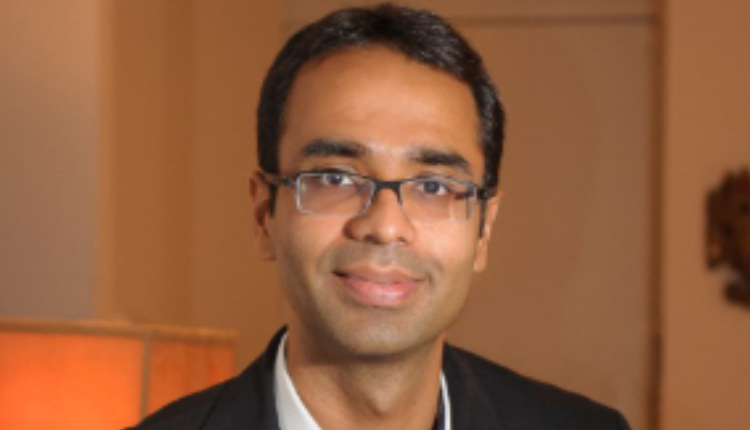 Encouraging children to develop a lifelong interest in coding is a tall order. And that is precisely why Karan is hooked on to his mission: helping facilitate a shift and helping kids become content creators. He says one needs to invest in better education, better technology and a healthy dose of coding, for a shift to happen.

Children have creativity at their core, he says, and tend to rely on their ability to imagine the impossible. Rather than let them be mute consumers of technology, Karan wants kids to interact with technology and learn to create and express themselves.

With the help of coding, which involves logic, sequence, structure, algorithmic thinking, kids can experience the joy of bringing to life their stories and creations, he adds.

An avid reader, Karan noticed a clear parallel early on.

“I read how before the industrial revolution, mathematics was taught in less than 5 per cent of schools. Then the industrial revolution happened and every school had mathematics, although it took 10 years to adapt. The same thing is bound to happen with the computer revolution, where coding will be taught in every school. That is how I got interested in it,” he says. There also was a good body of research emerging from MIT which buttressed the point. “Top kids who were going through coding in early childhood had a kind of transformation in their logic and thinking. They viewed themselves as creators. At ages 6-7, they were introduced to programming and could create a game, an animation, an app. It gave them a huge boost of creator confidence. Psychologically, they were shifting to becoming creators,” says Karan.

The MIT study struck a big cord and helped him take the plunge into entrepreneurship.

As Founder of WhiteHat Jr, Karan helps kids learn to think creatively, reason systematically and use the fundamentals to create products and collaborate – essential skills for life.

The edutech start-up recently raised $1.3 million (around ₹9 crore) in seed funding from Nexus Venture Partners and Omidyar Network India. “I have had the same journey like most start-ups, but sort of short-circuited it. I was thorough in how I would approach the business and had a 15-month plan. Everybody knows that plans tend to change as we execute them. It is the nature of start-ups, but I had a clear sense of how I would execute it, what would be the team structure. So iteration happens and you keep getting better as you keep meeting people. This happened to me as well, but in a compressed window,” he adds.

Considering it a powerful mission, Karan maintains the course is oriented towards “not learning coding by instruction, but by doing and creating.”

Not perturbed about letting go of a healthy pay check, he shrugs: “Everybody is wired differently. I like creative things, so I am wired to create stuff. I followed that. I accepted my trajectory would be different from others, and that I would not be able to follow the same path as most of my peers. I have always had this confidence that I would grow so much that I would be valuable to the world.”

Karan has a storied history of bagging a corporate job, taking a break, travelling, taking up another job and then a break again to write a novel.

“I have always chosen what I think is the best learning and growing opportunity, rather than what more conventional minded people would choose. Sometimes it works out, sometimes it doesn’t,” he winks.

He feels sheer determination and guts got him through. “I think the first plunge is the hardest, the second plunge becomes easier, and the third becomes even easier. I took the first plunge early, when I was 26-27 years old. I wrote my first novel and took the whole year off,” he adds.

Insecurity did creep in, and Karan wondered if he would ever come back to a corporate job. Ironically, recession and the economic downturn helped.

He went to the US during the heat of the recession in 2008, “to the worst economy of the decade. Eventually, I found a job at Boston Consulting Group. I think once you have gone through that cycle, fear does not exist. Basically, everything after that becomes a little easier.”

Things were not entirely rosy though. There were hiccups. Karan’s personal life took a turn when his mother passed away in 2013, after a battle with cancer.

“Her death affected me deeply, and I wanted to understand the meaning of life. Earlier, I would not really evaluate or deliberate much on the consequence of my actions. Everything changed after her death,” says Karan, who spent a year at an ashram in Madurai.

Already into yoga and meditation, Karan used the time to deepen his thought processes, his philosophy. “Life is a bit of an adventure,” he says. “One should always follow what feels exciting.”