Punjab inks MoU with The Global Alliance for Mass Entrepreneurship (GAME) to support MSMEs, in partnership with Omidyar Network India

In another significant step towards ensuring ease of doing business by simplification, digitization and decriminalization of compliances, Government of Punjab has signed a Memorandum of Understanding (MoU) with The Global Alliance for Mass Entrepreneurship (GAME), supported by Omidyar Network India (ONI), an investment firm focused on social impact, under its recently announced ReSolve Initiative. Omidyar Network India’s ReSolve Initiative focuses on providing funding support for lighthouse projects that are creating solutions to empower MSMEs as well as migrant workers.

Punjab is home to 2.59 lakh MSMEs that employ a total of 20.29 lakh employees. The onset of COVID has exposed vulnerabilities that hamper the operations of MSMEs, and a concerted effort to support them is required.  The two-year project aims to make Punjab a leading state in India in terms of ease of doing business (EODB) for MSMEs, by driving simplification, digitization, and decriminalization of compliances.

The project will be led by the Chair of the GAME Taskforce on MSME, Dr KP Krishnan who is a former Secretary, Government of India. It will be primarily supported by Omidyar Network India, and will include experts from GAME, The Centre for Civil Society, and Avantis Reg Tech. The group will work closely with the Government of Punjab under the leadership of Mrs. Vini Mahajan, IAS, Chief Secretary and Mr. Alok Shekhar, Principal Secretary Industries and Commerce, Government of Punjab.

Talking about the MoU, Mrs. Vini Mahajan, IAS, Chief Secretary to the Government of Punjab said, “At the end of the two-year period, the coalition hopes to see a rise in formal registration of businesses, and a significant reduction in the cost of compliance for MSMEs. Ease of Doing Business in India has typically focused on large businesses. This translates to limited on the ground change for MSMEs. Together with unique and complementary expertise of GAME, CCS, and Avantis on small businesses, and with the support from Omidyar Network India, we hope to make a real dent in the lives and livelihoods of Punjab’s non-farm job creators. Beyond this, we hope that the Punjab transformation will create a self-reinforcing cycle of Ease of Doing Business (EODB) surveys, interventions, rankings, and policies centred on MSMEs across India.”

“EODB is a major reason why ‘dwarfism’ is pervasive among India’s MSMEs. With 60 million+ enterprises and 110 million jobs, the average MSME creates less than 2 jobs in this country.  We feel the onerous compliance burden and complex regulatory environment has a huge part to play in reducing productivity, increasing costs, and encouraging informality. By demonstrating Punjab as a lighthouse, we hope to showcase the potential of EODB to initiate a virtuous cycle of formal entrepreneurship, productivity improvement, and job creation”, said Dr. KP Krishnan, Former Secretary Ministry of Skill Development and Entrepreneurship (MSDE), and Chairperson GAME EODB Taskforce.

This will be Omidyar Network India’s first grant under its ReSolve Initiative. Commenting on the partnership, Roopa Kudva, Managing Director, Omidyar Network India said, “Under the ReSolve Initiative, we have prioritised two longstanding themes that have got renewed focus due to the pandemic – empowering MSMEs and supporting migrant workers. Both are long-standing national priorities with a large unfinished agenda and have faced devastating setbacks due to the current environment. With this particular project, we aim to help MSMEs in Punjab as they attempt to recover from these setbacks. A typical MSME in India has to deal with 750+ compliances, 120+ filings, and 23+ registrations and licenses. With strong commitment by the Punjab government to address these issues, and a high caliber team of experts working on it, this project can transform the business environment for MSMEs in Punjab and could be a lighthouse for the rest of the country.”

Punjab has been at the forefront of supporting MSMEs through dedicated district level banker committees to monitor the deployment of the Central Government’s Emergency Credit Line Guarantee Scheme (ECLGS) scheme and announcing the Right to Business Act that seeks to radically improve ease of incorporating a business through self-declaration, exemptions, speedier approvals, and inspections.

At the end of the two-year period, the coalition hopes to see a rise in formal registration of businesses and a significant reduction in the cost of compliance for MSMEs. 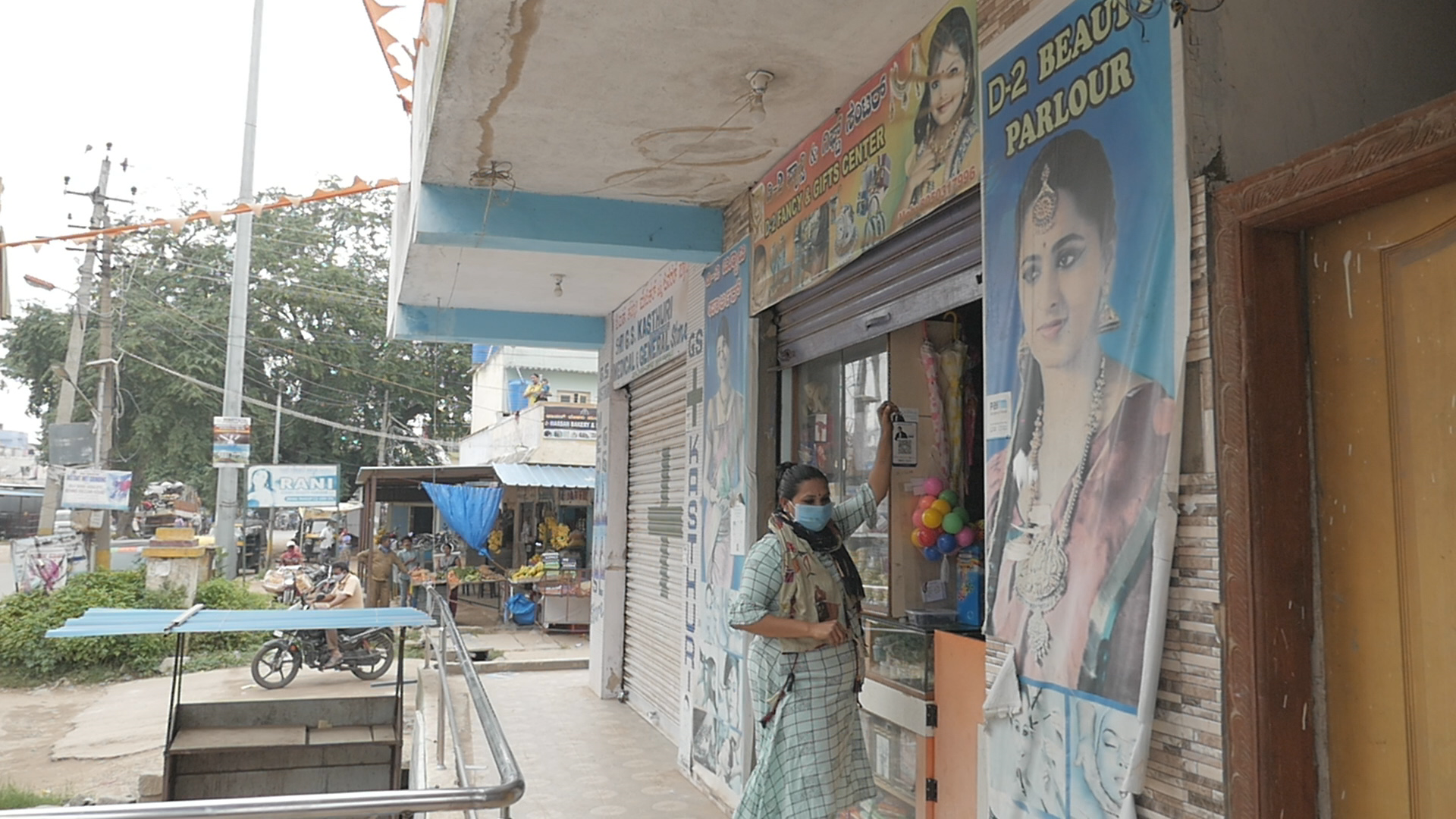 Stepping Into The Breach: Addressing MSME Sector Challenges In The Time Of COVID-19 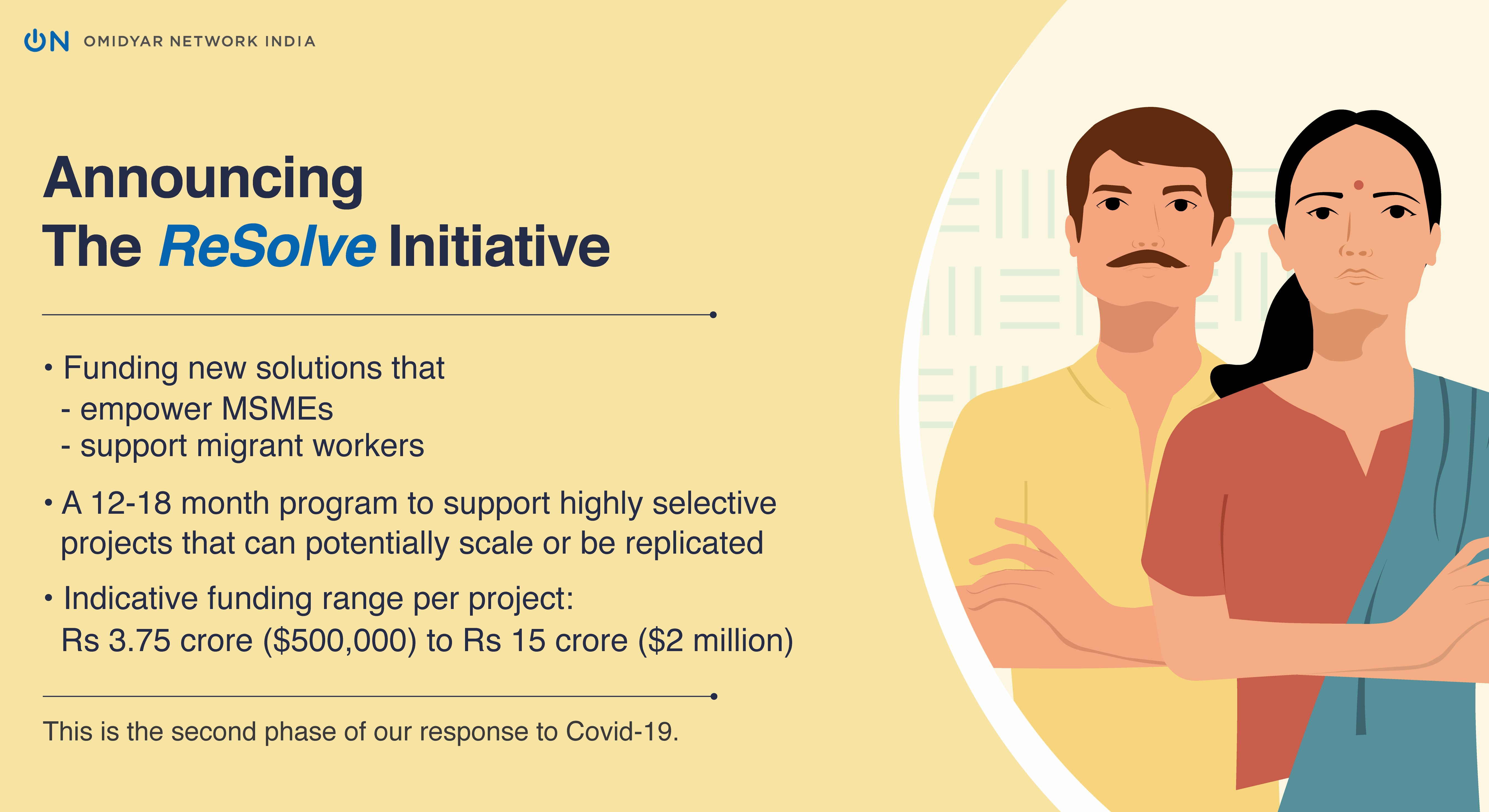 The ReSolve Initiative: Seeking Proposals for a Migration Data Hub